Notice: This is the original 7DRL version. A much improved commercial version of Cogmind has been released by Grid Sage Games. See the website, or check out the other RogueBasin page: Cogmind.

You are a prototype for a form of highly intelligent artificial life capable of quickly interfacing with and learning from the surrounding environment to evolve over time. You are the Cogmind. Build and rebuild yourself as you destroy or evade the Overmind's robot thralls to escape the subterranean city in this sci-fi dungeon romp.

The original Cogmind was a 7DRL developed from the X@COM code base for the 2012 challenge.

Blow robots to ASCII bits (literally) and use what's left to rebuild yourself. There's quite a bit of depth at both the strategic and tactical level as you decide how to evolve over time, what kind of parts to attach, and how to confront (or circumvent) the variety of enemies standing in your way.

Face off against Grunts, Watchers, Swarmers, Sentries, Hunters, Programmers, and... (I'll save the last for a surprise), each with their own strengths, weaknesses, and behaviors. But it's not just dangerous enemies out there; this is a city, after all, and you'll also encounter Workers, Tunnelers, Builders, Recyclers, and Haulers going about their business. 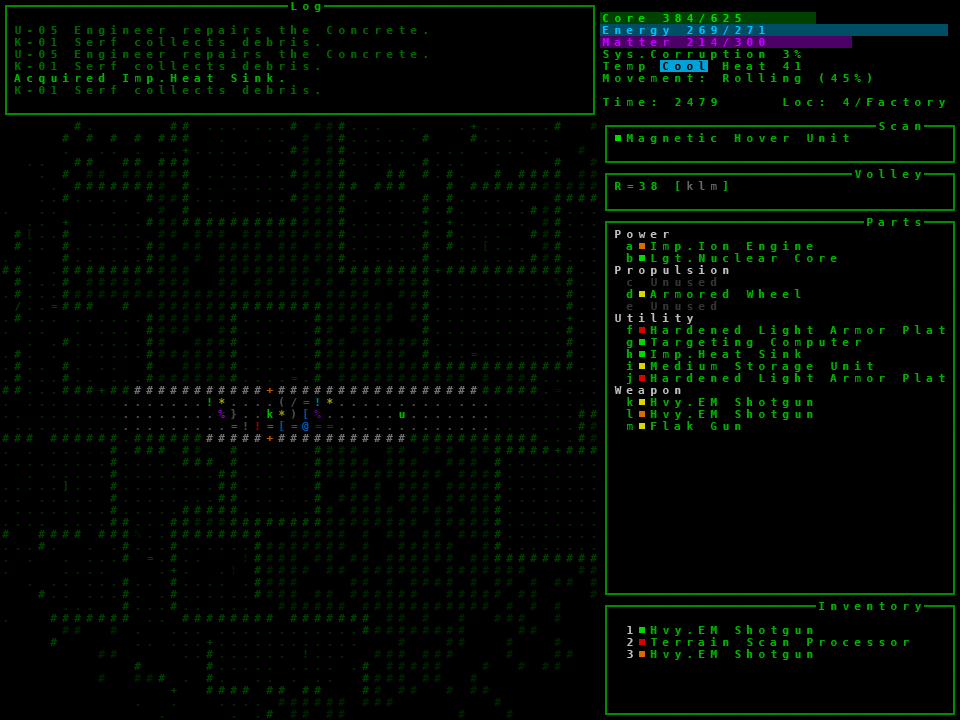