Collateral Souls is a roguelike game meant to be quick to play and easy to pick up. Battle your way through an unexpected afterlife – hunted by angels and demons alike. Modern weapons like rifles and shotguns add a unique ranged combat system not seen by many games of the genre. Ascend mortal ability and use divine weaponry for your own survival. Die again. Repeat. Who said the afterlife didn’t have an afterlife?

Health regeneration is critical resource in most roguelikes. Collateral Souls uses progression to gate health regeneration, providing large bursts of health each time you reach a new floor. This eliminates any repetitive or automated resting mechanics and forces players into a risk reward decision between clearing a floor for XP and skipping out early to heal up.

The combat system in Collateral Souls is based off of a single roll utilizing it for accuracy and damage combined. The system functions as follows: Attack Roll = accuracy + d100 - armor - cover(ranged only) - range penalties(ranged only) 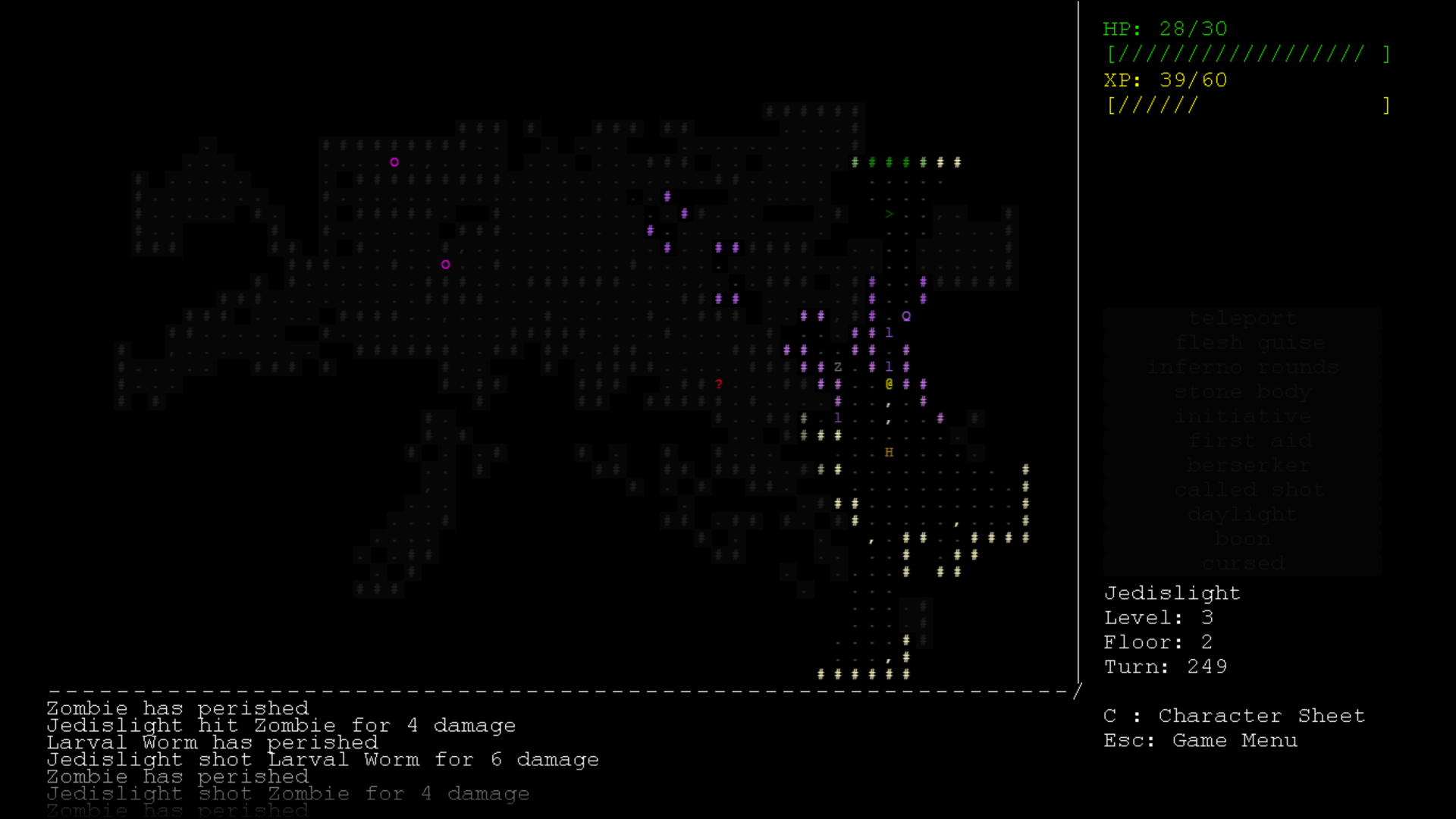