SnargleQuest is the working title of a not-yet-released roguelike by Luke Meyers.

SnargleQuest attempts to overcome the limitations of common approaches such as binary space partitioning, in particular the fact that such algorithms provide little to no control over the large-scale structure of the dungeon. In SnargleQuest, level generation begins with the specification of a planar graph that shows how the network of rooms in a level is connected. This opens up the possibility for complex puzzle logic of a kind we're more used to seeing in hand-designed levels. Locks and keys in arbitrarily nested arrangements, paths that branch and reunite, minibosses on the way to the main boss, bridges over chasms, switch-and-timer puzzles; so many more things are possible once this level of abstraction is available.

Quests are generated by combining random, generically-described story elements that fit together intelligently. Quest goals and subgoals require chains of dependencies to be satisfied so they can be reached, and the size of the overall dependency graph can be tuned by modulating the degree of expansion.

The generated plots are used as input to give structure to dungeon environments.

SnargleQuest is currently rendered with a combination of ASCII and some primitive line-drawing, but the plan is to replace all the ASCII with procedural drawings. The vision is for a bright and colorful world full of vibrant geometric-looking actors that can be animated in simple ways. The high-contrast, geometrical approach is meant to provide the advantage of ASCII -- easy visual discrimination of different glyphs -- with the attractive capabilities of somewhat more modern graphics. 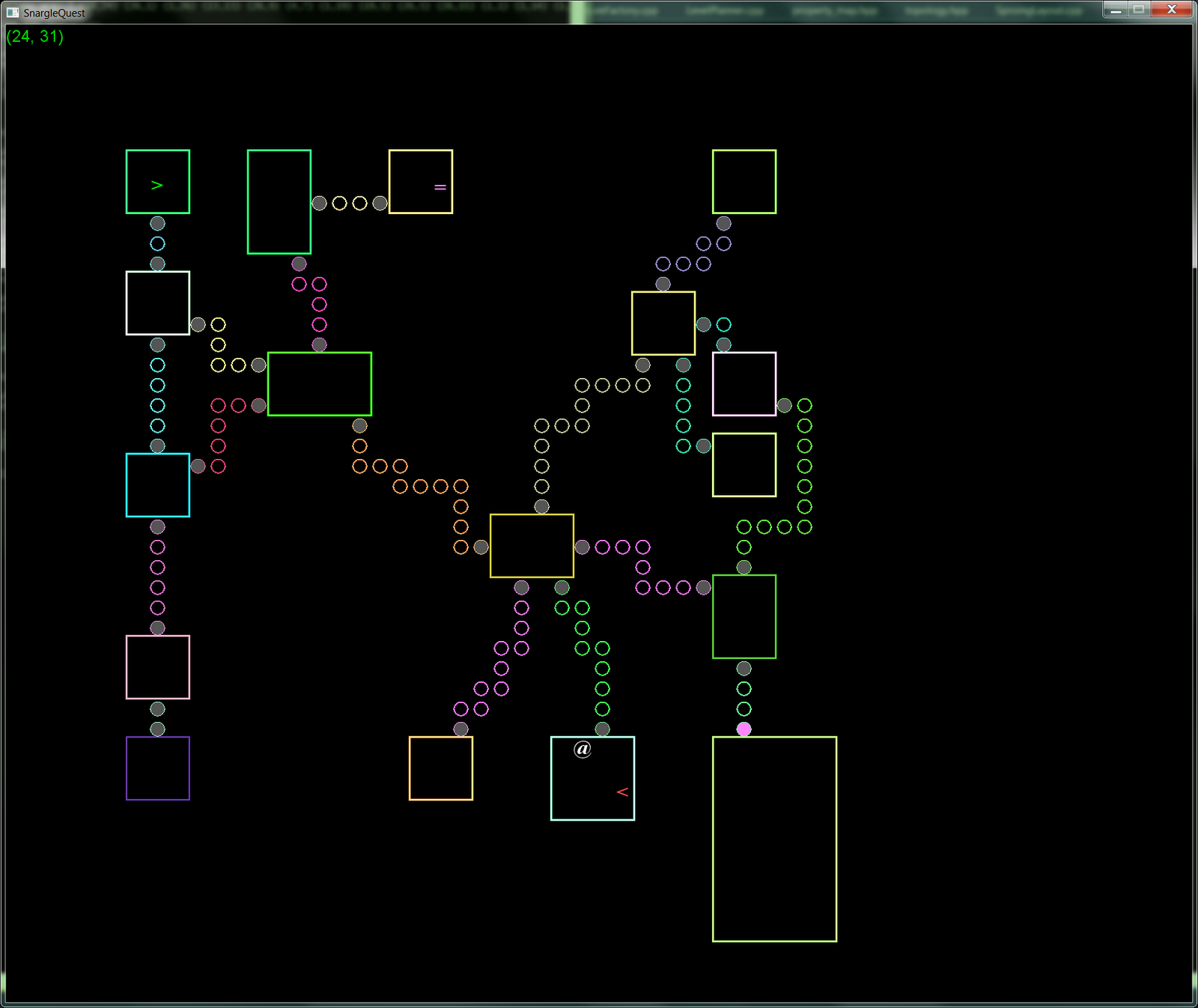 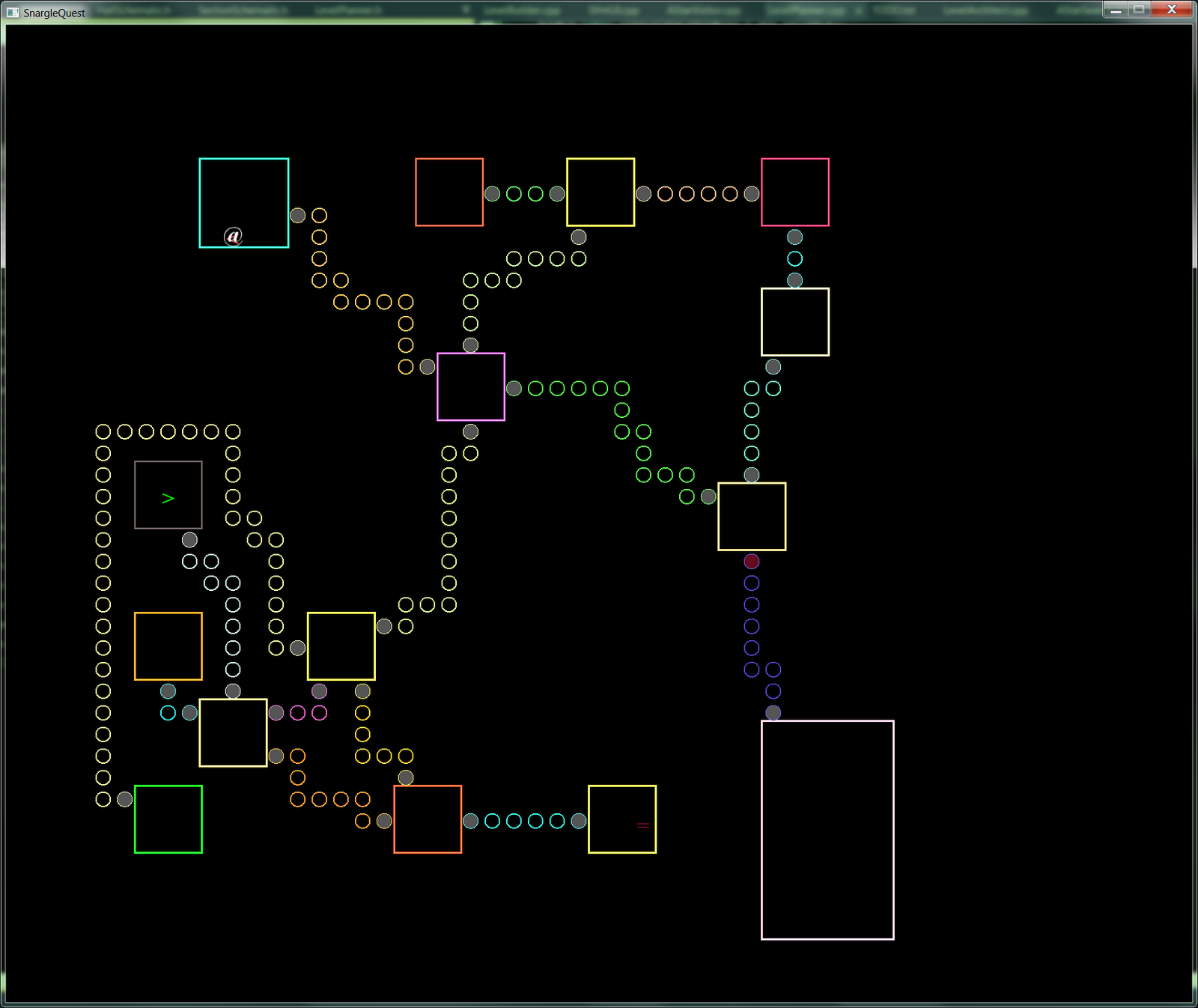 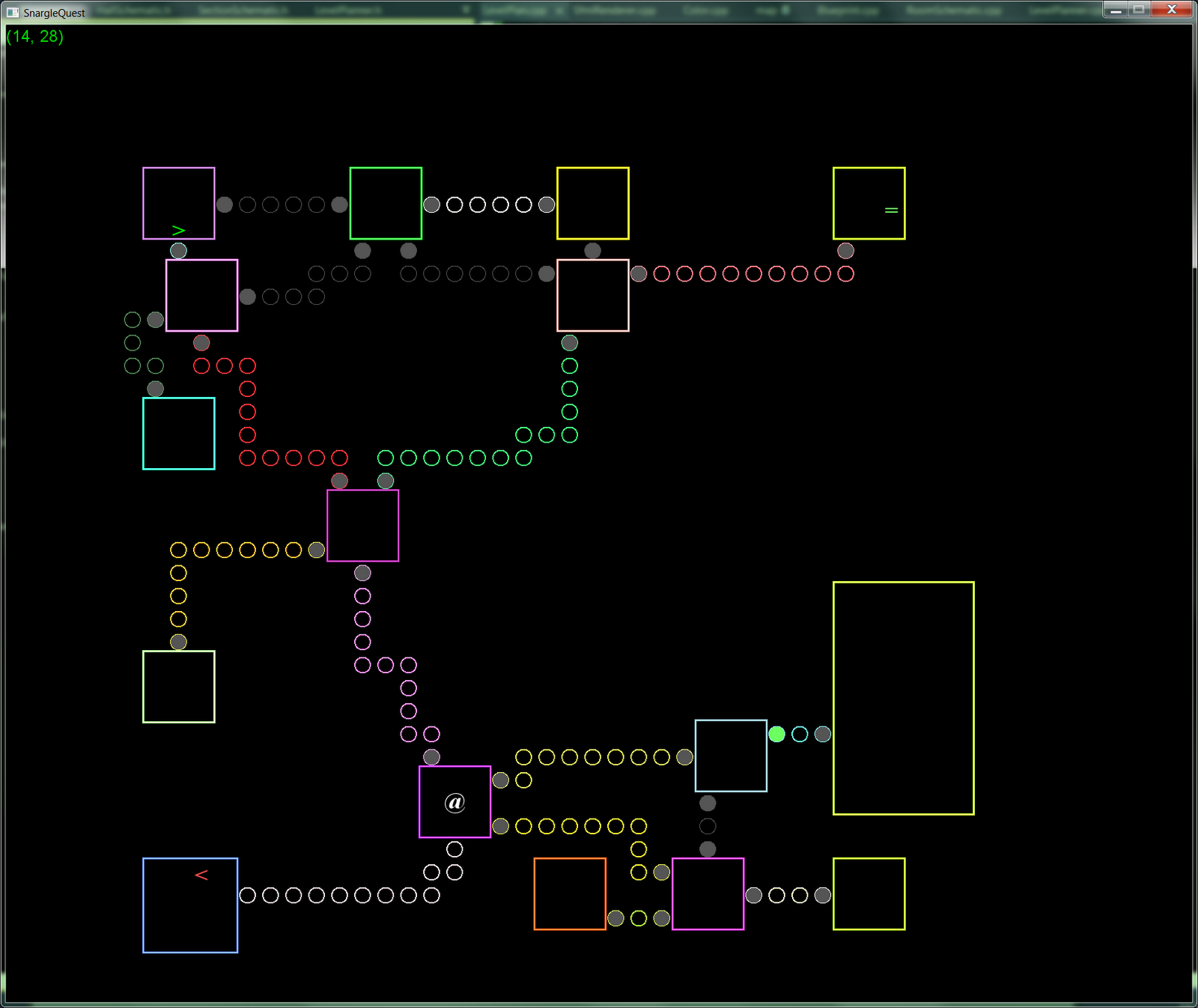 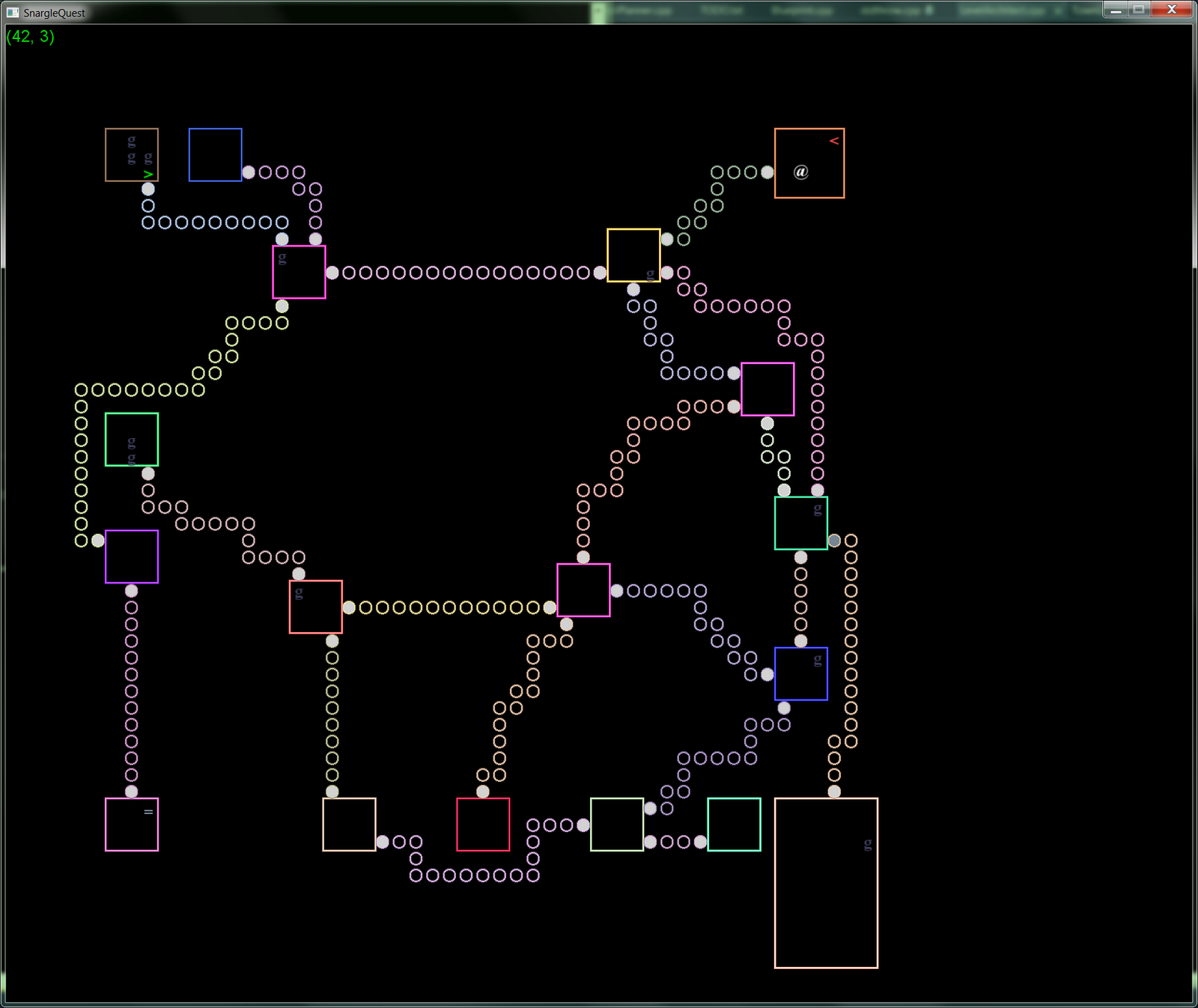