ADOM (which is short for Ancient Domains of Mystery) was released by Thomas Biskup in 1994. Its main features are its detailed storyline and its undisclosed source code, both of which are unusual in the roguelike world. 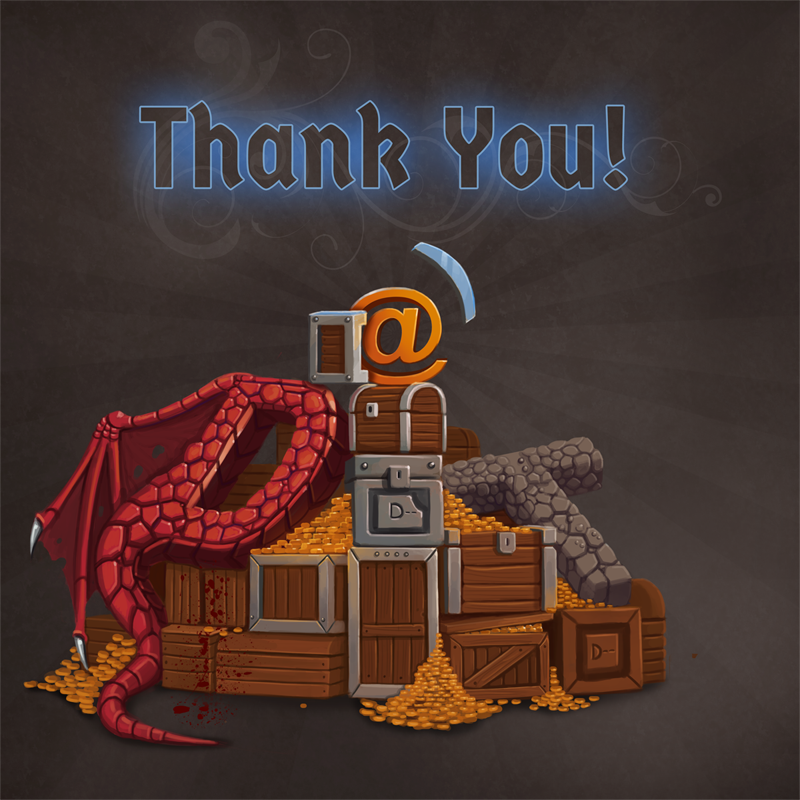 During 60 magical days from the 2nd of July to the 30th of August 2012 ADOM was resurrected from its hibernation by the amazing success of an Indiegogo crowd funding campaign. $90,169 were collected over the course of 60 days, making ADOM the most successful crowd funded game ever on Indiegogo and the most successfully crowd funded roguelike game ever (if you count Dwarf Fortress as being crowd funded ADOM is only 2nd, yes ;-) ). As a consequence a series of major new releases of ADOM is being implemented while you are reading this and there will be tons of new items, artifacts, quests, classes, races, maps and even such things like graphical tile support, sound, a Steam integration and an achievement system. So the future once more looks very bright for ADOM!

The game is set in the world of Ancardia, an original creation by Thomas Biskup. The objective is to find the source of chaos and disorder that is arising in the world, and stop it if you can. The game is much more plot driven than many other roguelike games, with many beings in the game assigning you quests, giving you advice and helping you on your way. There are a few compulsory quests, but the majority of quests and tasks in the game are optional. There are also multiple possible endings to the game.

ADOM is currently at version 1.1.1 and freely available for Windows, DOS, Linux and OS/2. As a result of the crowd funding campaign prerelease versions of ADOM 1.2.0 have been released, the latest publicly available version being ADOM 1.2.0p5. New prereleases are constantly released for donors only, the last one was 1.2.0p16 (Sep 18, 2013).

Unlike most roguelike games, the source code of ADOM is not freely available, though many guesses, deductions and experiments have allowed the players to deduce the majority of the game's workings.