Kharne was a roguelike being developed by Dave Moore in Delphi. It is a rewrite of a decade-old roguelike, also called Kharne, by the same author.

The new Kharne is effectively a completely new game and features traditional ASCII graphics (within a Windows framework), multiple dungeons, a SQL-lite database backend; many other new and enhanced features are in the works. The full version is planned to be released sometime in late 2009, however Alpha versions are currently available from the Kharne development diary website at http://kharne-rl.blogspot.com. Kharne is released under the Mozilla Public License (MPL) v1.1 and source code is downloadable from a Googlecode SVN.

Development was abandoned in March 2011. 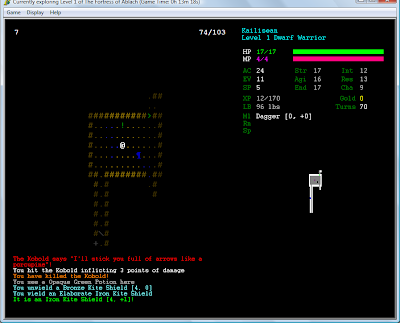